Gambling introduced the first patrons because some of the gamblers decided to strengthen their bets by forming their own teams and it is believed the first "county teams" were formed in the aftermath of the Restoration in 1660, especially as members of the nobility were employing "local experts" from village cricket as the earliest professionals. The first known game in which the teams use county names is in 1709 but there can be little doubt that these sort of fixtures were being arranged long before that. The match in 1697 was probably Sussex versus another county.

The most notable of the early patrons were a group of aristocrats and businessmen who were active from about 1725, which is the time that press coverage became more regular, perhaps as a result of the patrons' influence. These men included the 2nd Duke of Richmond, Sir William Gage, Alan Brodrick and Edward Stead. For the first time, the press mentions individual players likeThomas Waymark.

Cricket moves out of England

Cricket was introduced to North America via the English colonies in the 17th century, probably before it had even reached the north of England. In the 18th century it arrived in other parts of the globe. It was introduced to the West Indies by colonists and to India by British East India Company mariners in the first half of the century. It arrived in Australia almost as soon as colonisation began in 1788. New Zealand and South Africa followed in the early years of the 19th century.

Cricket never caught on in Canada, despite efforts by an imperial-minded elite to promote the game as a way of identifying with the British Empire. Canada, unlike Australia and the West Indies, witnessed a continual decline in the popularity of the game during 1860–1960. Linked to upper class British-Canadian elites, the game never became popular with the general public. In the summer season it had to compete with baseball. During the First World War, Canadian units stationed in Britain played baseball, not cricket.

Cricket faced its first real crisis during the 18th century when major matches virtually ceased during the Seven Years War. This was largely due to shortage of players and lack of investment. But the game survived and the "Hambledon Era" proper began in the mid-1760s.

Cricket faced another major crisis at the beginning of the 19th century when a cessation of major matches occurred during the culminating period of the Napoleonic Wars. Again, the causes were shortage of players and lack of investment. But, as in the 1760s, the game survived and a slow recovery began in 1815.

On 17 June 1815, on the eve of the Battle of Waterloo British soldiers played a cricket match in the Bois de la Cambre park in Brussels. Ever since the park area where that match took place has been called La Pelouse des Anglais (the Englishmen's lawn).

MCC was itself the centre of controversy in the Regency period, largely on account of the enmity between Lord Frederick Beauclerk and George Osbaldeston. In 1817, their intrigues and jealousies exploded into a match-fixing scandal with the top player William Lambert being banned from playing at Lord's Cricket Ground for life. Gambling scandals in cricket have been going on since the 17th century.

In the 1820s, cricket faced a major crisis of its own making as the campaign to allow roundarm bowling gathered pace. 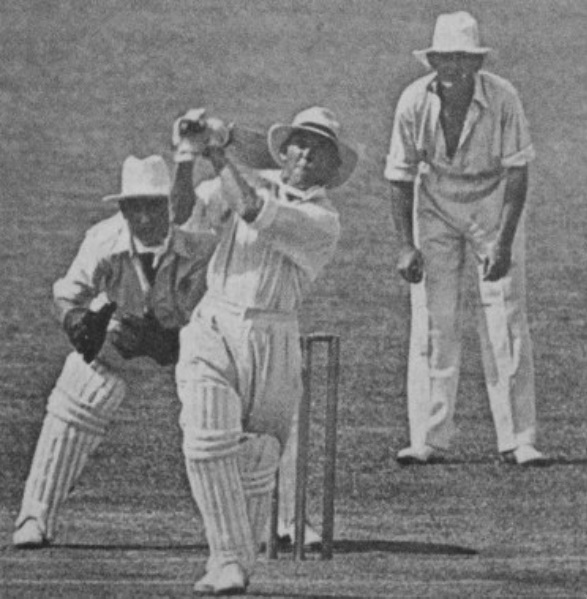