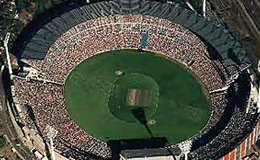 Cricket was first played on the MCG in 1856. Since then, the ground has been the scene of many cricket firsts, according to the MCG website (http://www.mcg.org.au/History/Cricket.aspx): The world record first-class score (1107 – Victoria v NSW, 1926);
The First Test match (Australia v England, 1877); First century in Test cricket (Charles Bannerman); World’s first cricket scoreboard showing batsman’s name and method of dismissal; First full-colour cricket scoreboard with instant replays, The first major stadium to use “Super Sopper” to dry surface; and The world’s first one-day international cricket match (January 5, 1971) 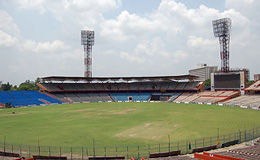 Eden Gardens became a test location in 1934 when Douglas Jardine led his team on to the pitch. Despite its somewhat chequered history, the one constant about the ground is the enthusiasm of the crowds it attracts. Riots disrupted matches against the West Indies (1966-67) and Australia (1969-70) and the World Cup semi-final against Sri Lanka (1996) was cancelled. However positive memories haunt the ground too, such as in March 2001 when VVS Laxman and Rahul Dravid staged an impressive come-from-behind victory against an Australian team poised for an unprecedented 17th straight Test win. 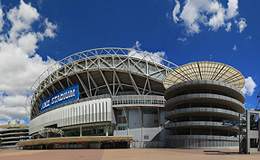 The ANZ Stadium was primarily designed as the main Stadium and centrepiece of the Sydney 2000 Olympic and Paralympic Games and opened in 1999. Initially the Stadium had a seating capacity of more than 110,000, which made it the largest Olympic stadium in history and at that time the largest stadium in Australia, but in 2002, a reconfiguration, which allows the ground to be transformed from rectangular mode to oval mode in 12 hours, reduced its capacity to 83,500. Cricket has been played at the ground since 2003. 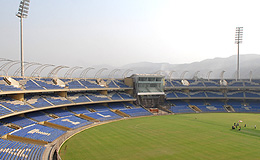 This stadium incorporates many best-practice aspects of cricket stadiums. It boasts India’s first and largest fabric roof and its giant LED screens are the largest in the country. For the ground, 250 tons of clay were imported from South Africa. Stadiums around India typically have outfields made from red soil, which causes this part of the ground to become sluggish when it rains. To minimise rain interruption, DY Patil’s outfield is sand based, with a completely concealed underground drainage system to quickly remove water. 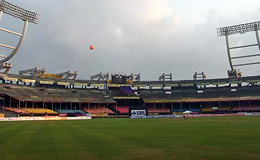 Named after the first Prime Minister of India, the Jawaharlal Nehru Stadium was constructed to host the 9th Asian Games in 1982. More recently the stadium hosted the 2010 Commonwealth Games, for which its capacity was reduced from 78,000 to 60,000 spectators. 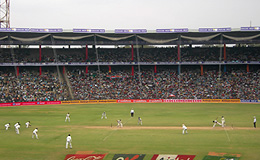 Regarded as one of the premier cricket stadiums in India, the ground was renamed from Karnataka State Cricket Association Stadium to M Chinnaswamy to honour the president of the Indian board from 1977 until 1980, who was also involved in Karnataka cricket for over 40 years. The stadium, despite not being completed, gained Test status in 1974-75 and hosted the West Indies in the opening match. In 1982 it hosted the first ODI in India and was renovated in the mid 1990s for the Indian Premier League. It is also the home of the National Cricket Academy 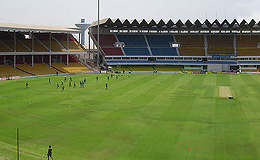 Also known as Motera Stadium, to avoid confusion with another stadium of the same name, the Sardar Patel stadium is owned by Gujarat Cricket Association. It ranks second in India for the number of ODI matches (behind Eden Gardens) and is one of the host venues for 2011 Cricket World Cup to be held in India.
Powered by